Actually, I wanted to send this recipe as my entry for 'Banana Week NCC' last month. I tried this recipe on the third week of January, unfortunatelly, until the end of January, I had no change to post this recipe in my blog.
Okey, nothing to lose... my family really enjoy this delicious pudding.

I'm so happy with the result of this Bread Pudding. This is the one that I'm looking for; a rich-soft comforting dessert. Yes, as I always prefer to have a soft 'formy' klappertart, instead of the too creamy/watery one, and I really hope to have the same one while baking this pudding.

I couldn't find a double cream in supermarket, so I substituted it with whipped cream. I reduced the amount of the cream, and I got the puding texture that I wanted. No magic and no special trick!

Now, I'm so glad that I can learn how to prepare this kind of pudding from Martha Stewart Magazine (October 2004 edition), that explains in detail about the basics of bread pudding. 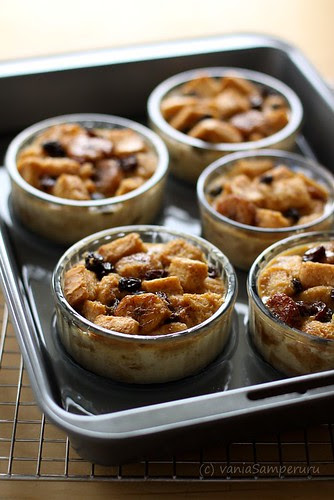 Actually, in my opinion, everything about bread pudding is easy, from learning it to making it, to varying, to eating too much of it.

This dessert's essencial components are bread and eggs, but bread pudding transcends the properties of both. First, the bread absorbs a sweetened egg mixture and softens it; when baked, it develops a chewy, golden crust over melt-in the-mouth, creamy layer. 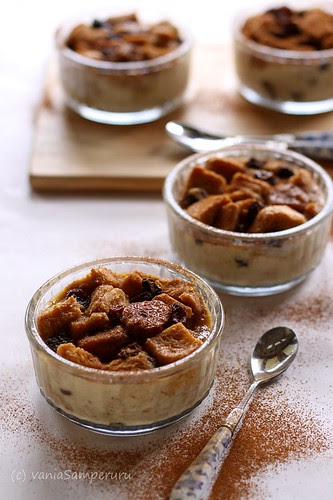 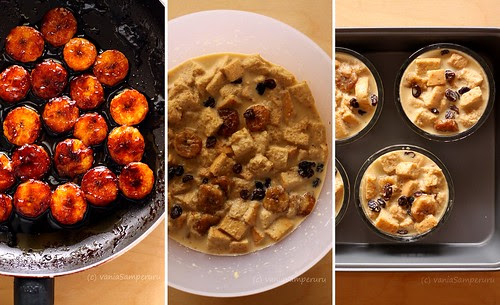 1. Butter a 9 by 13 inch baking dish, set aside. Put bread in a large bowl; set a side. Heat milk and cream in a medium saucepan over medium-high heat until just about to simmer; remove from heat.
2. Whisk together eggs, yolk, granulated sugar, salt, vanilla, and rum in a medium bowl. Whisking constantly, pour cream mixture into egg mixture in a slow, steady stream. Pour over bread; fold to combine. Let stan 30 minutes, fossing and pressing occasionally to submerge bread.
3. Heat brown sugar and remaining 2 tablespoons butter in a skillet over medium heat until sugar is dissolved, about 5 minutes. Add bananas, cook 1 to 2 minutes. Fold into soaked bread along with raisins.
4. Preheat oven to 350F. With a slotted spoon, transfer bread to buttered dish; pour liquid in bowl over top. Using spoon, turn top layer of bread crust side up.
5. Set dish in a roasting pan; transfer to oven. Pour boiling water into pan to reach about halfway up sides of dish. Bake until golden brown, about 50 minutes. Let dish cool on a wire rack 10-20 minutes before serving. 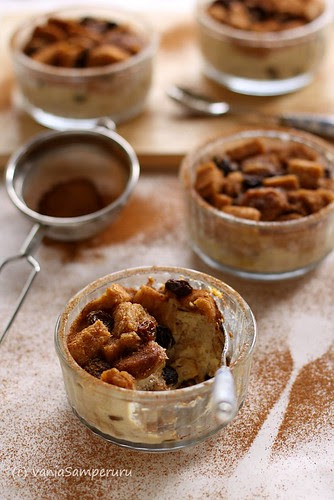 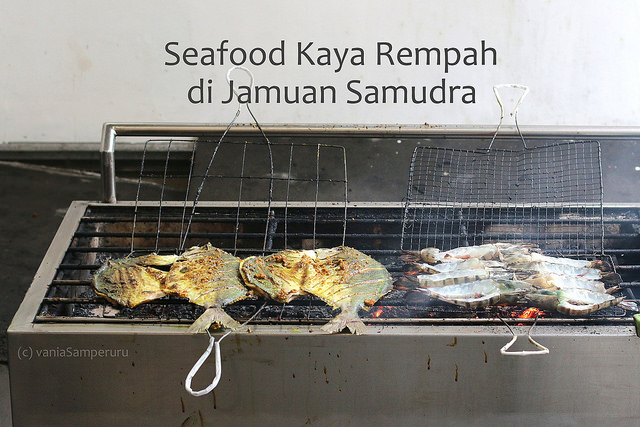 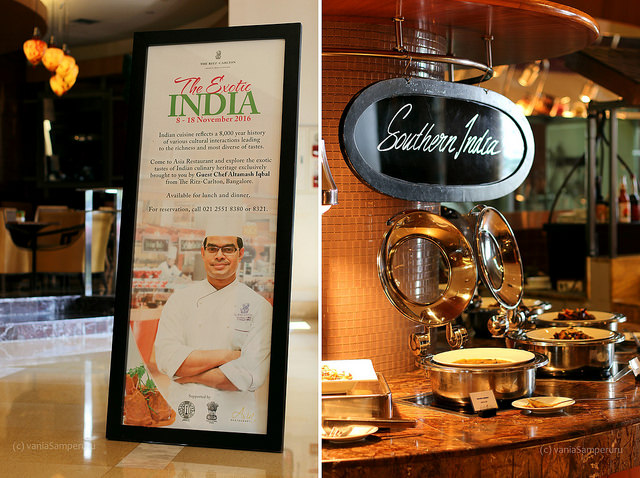