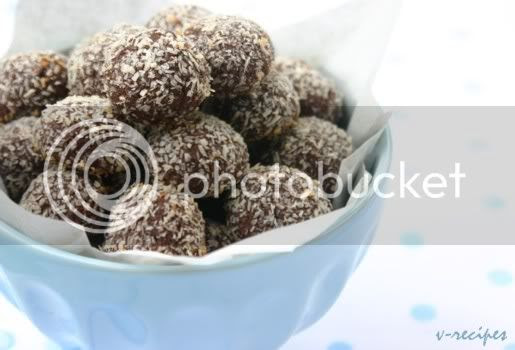 Lamingtons are a type of sponge cake (or more traditionally, butter cake) squares, coated in a layer of flavoured gelatin (or traditionally chocolate icing or strawberry jam), then desiccated coconut. They are sometimes served as two halves with a layer of cream between them, and are commonly found in Australian and New Zealand bakeries. The strawberry variety is more common in New Zealand, while sightings of a lemon variety have occurred in Australia.
Like many recipes common to both countries, there is dispute about the origin of the lamington's recipe and name. Lamingtons are most likely named after Charles Baillie, 2nd Baron Lamington, who served as Governor of Queensland from 1896 to 1901. However, the precise reasoning behind this is not known, and stories vary. According to one account, the dessert resembled the homburg hats favoured by Lord Lamington. Another tells of a banquet in Cloncurry during which the governor accidentally dropped a block of sponge cake into a dish of gravy, and then threw it over his shoulder, causing it to land in a bowl of desiccated coconut or peanut butter. A diner thought of replacing the gravy with chocolate and thusly created the lamington as we know it today. Ironically, Lord Lamington was known to have hated the dessert that had been named in his honour, once referring to them as "those bloody poofy woolly biscuits".
Source: Wikipedia, the free encyclopedia 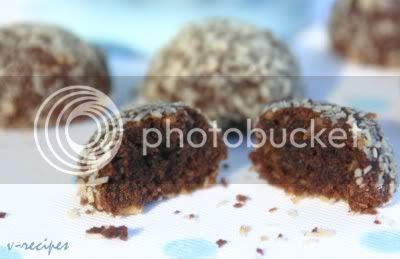 1. Combine chocolate, butter and sugar in pan, stir oven low heat until chocolate and butter are melted; cool for 5 minutes. Stir in egg, coconut and sifted flours. Cover, refrigerate for 30 minutes.
2. Roll rounded teaspoons of mixture into balls, roll in extra coconut, place on greased oven trays, allowing about 2 cm between drops; flatten slightly.
3. Bake in moderate oven for about 15 minutes or until coconut is lightly coloured, stand drop for 5 minutes before lifting onto wire racks to cool.